Get the latest creative news from FooBar about art, design and business.

Recently, Elon Musk claimed that the takeover bid for Twitter was “temporarily on hold” due to his concern about the number of fake accounts on Twitter. He made this statement on his own Twitter account on May 13, which is exactly a month after he proposed the acquisition plan.

Although Twitter claimed that spam accounts really comprise under 5% of all users and Musk announced that he would remain committed to this acquisition later, other research taken in 2017 found that as many as 48 million Twitter accounts were fake, or 15% of total users. Nowadays, not only Twitter users but also followers around the world show great attention to the news, which has also led to heated discussions about Twitter fake accounts.

Fake Accounts on the Rise

Twitter spoof accounts are slowly becoming the most “familiar strangers” to Twitter users.They have names that are usually auto-generated, have no actual meanings, and are without any results if searched on the Internet. Twitter fake accounts can do the same things as real ones-send out tweets, follow other users, and like or retweet posts by others.

However, their actions on Twitter are normally stiff and meaningless. Twitter fake accounts often use these abilities to engage in harmful, annoying, and even deceptive activities. They may consistently tweet or harass actual users in order to drive traffic to a commercial website or a celebrity’s homepage. They can also be used to spread misinformation and promote tendentious messages.

According to the Helsinki Times, almost 52% of the Twitter followers of top Twitter celebrities like Musk, Gates, and others were revealed to be fake accounts. As reported by its local news site, Patch News, more astonishingly, Watsonville, a city in California, discovered a fake account acting as the official social media of this city and reminded the community to be cautious.

Twitter fake accounts are booming and becoming increasingly impossible to ignore. In addition to the above news reports, we can also obtain this conclusion from some professional information-gathering websites. Here is the data from a recent study from lavawiki.com.

However, if we have stricter rules for the definition of “real person’s accounts”, like narrowing it down to public figures, Internet celebrities, and accounts confirmed by Google Suggestions, the trend of data changes will show a completely different state-though fluctuations, the number of real person’s accounts goes down as the number of followers counts decreases, just as the ratio of accounts with over 10,000,000 followers reaches 100%, while the ratio of smaller accounts with followers from 100,000 to 500,000 drops to half of the former one.

More intuitively, the ratio of the smallest accounts in this chart, with followers of less than 1,000, falls to a minimum of 2%. Why does the quoted data show such a state of change? The reasons can be varied, as the circumstances of users and the status of accounts differ. Some users may be passively bothered and harassed by the fake accounts, while some tend to actively make those fake accounts follow them.

But one thing is certain. As actual users get more and more accustomed to Twitter, the number of fake accounts is surely booming with them.

What kind of impact will fake accounts have on us? Nobody can draw an absolute conclusion. In fact, we can’t even simply settle on whether fake accounts are “good” or “bad” for us.

Though fake accounts always leave people with an impression of “fake news,” “hate speech,” or “inflated data,” they can sometimes be helpful. They are called “bots” on occasion, meaning they are identified as robots. Real people do not have the need or desire to do many of the things that robots can do.

For example, there are some robot accounts on Twitter that can report the real-time weather and air temperature every hour, and some users have seen other bots broadcasting live sports game scores. These accounts can automatically crawl and aggregate content from various sources to update instant information. They have become a vital part of current social media.

Nevertheless, on the other hand, Twitter fake accounts can surely be annoying. With just one small line of code needed, millions of fake accounts can be created in no time and send people meaningless, sometimes harmful, even deceptive messages. Besides, fake accounts booming can lower the density of useful information.

It’s becoming increasingly common for real-person users to take a lot of time to filter out the messages produced by those fake accounts to get what they really want, which only took a little time when there were not so many fake accounts before.

In our daily lives, lots of people may know what “robot accounts” are, but only a small number of them can get to understand the concept and nature of them very well. Among those people who know, a larger part of them may consider these fake accounts mostly used for harmful purposes compared to those who think they are for beneficial ones.

Spreading spam information with fake accounts becomes easy and costs almost nothing, which can cause great damage as far as we are concerned. If people with bad intentions use fake accounts to some great extent, then we will have to suffer from the collapse of freedom of speech, business market chaos, and the crumbling of political trust. With tones of fake accounts being created, some loyal Twitter users feel that if we consider our behavior to be “a piece of ground,” then “our ground is being eroded.” 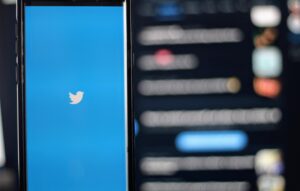 Unlike computers and robots, we, real human beings, are always superior to them because we have the abilities of independent thinking and discrimination. No fake account can emerge by itself beyond human will. Programs are run by humans, and codes are written by humans too.

Although it is difficult, it is completely feasible if human beings can be united and determined to eliminate all fake accounts. In later June, in what may be a sign of compromise, Twitter claimed to provide Musk with historical tweet data and access to its so-called fire hose of tweets, and as some executives of Twitter revealed on Thursday, sourced to Yahoo, Twitter has removed over 1 million bots every day as part of a major crackdown on spam accounts. Musk’s access to that data could eventually lead to a deal.

However, these actions are expensive and may cause many real-world users to mistakenly lose many of their accounts, which is completely unnecessary. The crux of this problem is usually not the fake accounts themselves, but the people behind those accounts. Hence, there’s no need to be panicked or concerned too much, though it will take a long time to take action to regulate the behaviors of platform and account creators.

As for us, ordinary users who follow the rules, as long as we can identify and distinguish fake accounts from real ones, we will be able to get used to them, utilize them, and make them beneficial to us. As we always say, human beings create everything. We also hold the keys to everything.